Cherry’s firing: ‘Just cause’ worth fighting?

This article was first published on Lawyer’s Daily.

By now, most Canadians know about Don Cherry’s unfortunate statements during the Nov. 11, 2019, Coaches Corner segment of Hockey Night in Canada. For those of you who do not know, here’s a play by play: “You people love … that come here, whatever it is … you love our way of life, you love our milk and honey, at least you can pay a couple bucks for a poppy or something like that. These guys paid for your way of life that you enjoy in Canada, these guys paid the biggest price.”

Although Cherry was fighting for a worthy cause; remembering and supporting Canada’s past and present military members through the purchase of poppies, much of the country deemed his comments to be divisive, discriminatory and unacceptable in Canada’s diverse and inclusive society.

From an employment law perspective, however, Cherry’s resulting dismissal provides an opportunity to explore the rights and obligations of the employee-employer relationship, and in particular, the legal test to be met in substantiating a “for cause” dismissal.

A fundamental error made by non-lawyers in discussing Cherry’s dismissal is confusing “freedom of expression” with “freedom from consequences at work.” The right to freedom of expression is a right guaranteed by the Canadian Charter of Rights and Freedoms, however, Charter rights do not apply to private corporations. In other words, Sportsnet/Rogers, Cherry’s former employer, retained the ability to limit Cherry’s on-air statements.

But did Sportsnet/Rogers have grounds to fire Cherry for cause? Likely not.

Employment laws in Canada aim to protect the inherent vulnerability employees face relative to their employer. The Supreme Court of Canada has long recognized this vulnerability and has created common law protections to alleviate the power imbalance. It is therefore incumbent upon an employer to prove that it has sufficient cause to terminate the employment relationship.

The general rule is that a single incident of employee misconduct does not warrant summary dismissal. Only in exceptional circumstances will the general rule fail to be applied, but employment law is not quick to recognize exceptions to this rule.

Whether Cherry’s case would fall into the thin margins of exceptional circumstances remains undetermined. What we do know is that “for cause” dismissals are to be examined objectively and require a contextual approach in the circumstances. Cherry’s intentions or how he perceived his own remarks are not to be considered.

The test to determine sufficient cause will vary with the nature of the business and the position held by the employee. Given Cherry’s platform and the viewership of Coaches Corner, his remarks have the ability to impact the business of Sportsnet/Rogers, as well as the CBC, which broadcasts the Saturday night segment.

One would presume that this was a key consideration in Cherry’s dismissal, not to mention the public backlash Sportsnet/Rogers received in the ensuing days following the broadcast.

Okay, so Cherry’s comments were bad for business, but they don’t, standing alone, warrant a for cause dismissal.

McKinley v. BC Tel [2001] 2 S.C.R. 161 requires employers to take a “proportional” approach when dismissing employees for cause; that is, an effective balance must be struck between the severity of Cherry’s misconduct and the sanction imposed.

Other assessment factors include the character and consequences of the impugned conduct, the employer’s prior disciplinary record (if any), length of service, and past performance and service record (Asurion Canada Inc. v. Brown [2012] N.B.J. No. 463, at para. 27).

Perhaps Sportsnet/Rogers ought to have considered reprimanding or otherwise disciplining Cherry in the circumstances. Jurists are increasingly looking at the employment record to determine whether the employer acted too hastily. It has been said that the misconduct must be of such magnitude “as to overshadow the years and other considerations devoted by the employee to the employer” (Cormier v. Hostess Food Products Limited [1984] N.B.J. No. 87).

The doctrine of cumulative cause posits that where an employee has engaged in some final culminating act, following a series of misconduct, which incidents individually are not sufficient to prove cause, the cumulative effect may warrant a summary dismissal.

Cherry, during his 35-year tenure, has been known to produce some eyebrow-raising commentary. Was the Nov. 11 broadcast the straw that broke the camel’s back? The answer is likely found in the workplace policies created by Sportsnet/Rogers, and how they have enforced such policies during Cherry’s employment.

Keep in mind, Cherry was put on the air for his colourful commentary; he wasn’t politically correct, and that’s why people often tuned in (or tuned out). Nevertheless, it is critical that Cherry was made aware of his employer’s expectations beforehand and that the employer applied its policies consistently. Employers are obligated to act with progressive discipline, and without a prior disciplinary record, Sportsnet/Rogers would have great difficulty proving cause.

The bottom line is that when it comes to for cause dismissals, little is black and white. It involves a contextual analysis and a proportional response from the employer. No two cases will ever be the same.

If Sportsnet/Rogers were to rely on cause, modern jurists would likely view this as a heavy burden to prove. Depending on the terms of Cherry’s employment contract, this issue may never see the inside of a courtroom. If it does, however, we can count on one thing with Cherry; it would be a good fight. 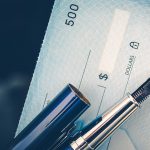 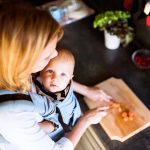