Poppygate: You have no frame of reference here, Donny!

This Remembrance Day had a moment many Canadians will never forget. On Monday November 11, 2019, Sportsnet fired Don Cherry from the well-known “Coach’s Corner” segment broadcasted on “Hockey Night in Canada”.

Cherry’s remarks arguably singled out Canadian immigrants and visible minorities for failing to wear poppies, during the intermission between the Leafs v. Flyers game, stating:

Cherry, however, denies he was singling out visible minorities:

Despite Cherry’s denial of any racism/xenophobia, Canadians have overwhelmingly condemned his comments as divisive, discriminatory, and unacceptable in Canada’s diverse and inclusive society.

I am not a visible minority but I am an immigrant to Canada; in fact, I am now a Canadian citizen. Just because one does not wear a poppy does not mean that one does not appreciate the sacrifices that were made during armed conflict.

However, from an employment law perspective, it got me thinking, did Sportsnet have “cause” to fire him? Stay tuned for more thoughts on that.

Until then, adios Donny! 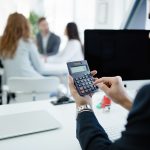 Can Your Employer Reduce Your Salary Without Notice?Uncategorized 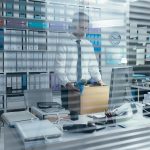